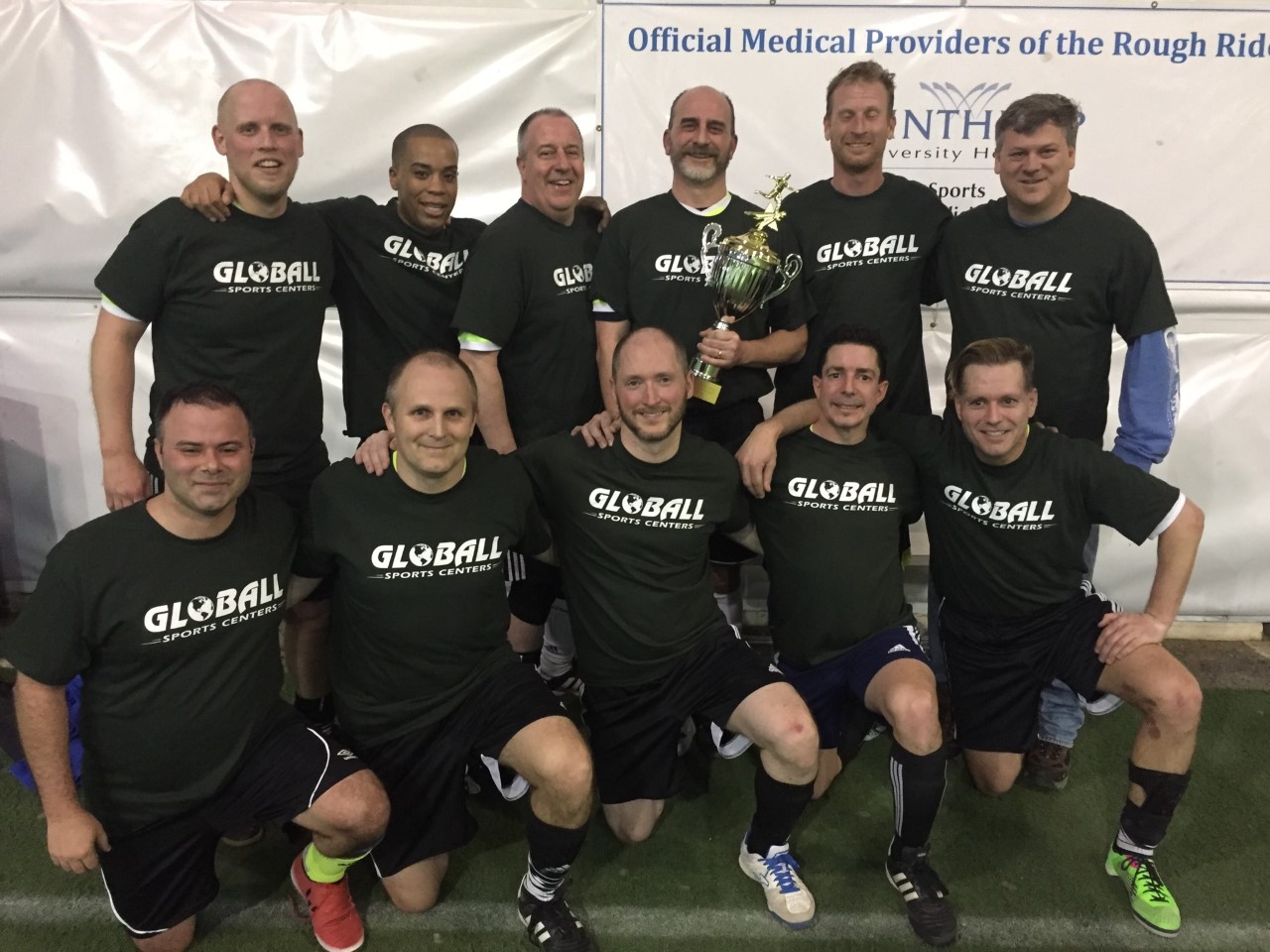 Well this the final night of the Winter II season as tonight we crowned the new champions of the Globall Sports Center Adult Leagues. Overall, we saved the best league for last! Highlights are as followed:

To kick off the finale of the over 30 season we had Flintstones taking on Tag NYC Vida in a friendly match that was as casual as a pleasant conversation. Both teams still wanted to win but they were playing for pride and free drinks at Hurricanes Grill and Wings. Anyways Flintstones scored the first goal of the night and in unison yelled “Yabba Dabba Doo” (not really but that would have been awesome!). However, Tag came storming back and took the lead and the game from Flintstones by the score of 5-3.

The second game of the night was the battle of the youth league coaches as the Mineola Thunder squared off against SCFC as the two clubs wanted to prove their superiority. Mineola started the game off hot as they took an early 3-0 lead over SCFC before SCFC was able to chip in their first goal of the night. However, Mineola kept on rolling like thunder through the sky as they went on to win by the score of 5-1.

And now the moment you all have been waiting for! The championship game between Arsenal and Garden City SC in what turned out to be the wildest game of the night. It all started off with Garden City scoring the first goal of the night right off the bat followed by another goal 15 minutes later. With what felt like a comfortable 2-0 lead Garden City let down their guard just enough for Arsenal to come back and tie the game. The second goal scored was from half field right between the keepers legs. With time ticking away the game looked as if it was going to go into OT until with under 2 minutes left in the game when Garden City managed to squeeze the ball between the post and the keeper to score the soon to be game winning goal. The final score was 3-2 in favor of Garden City.

It has been a real pleasure getting to know each and every one of you throughout the winter and I want to say thank you for your participation.  We hope to see you again . You got game? We want you to play!