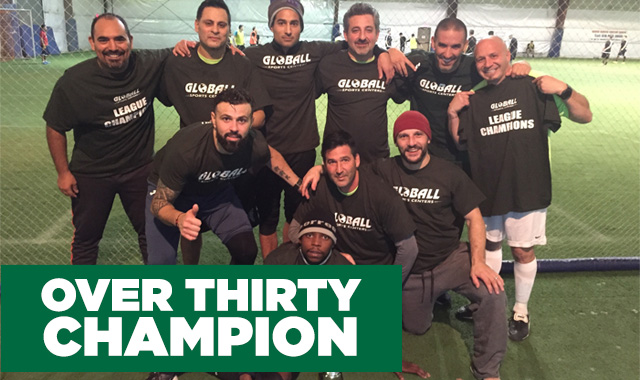 Every year during March Madness you have that one Cinderella team that everyone writes off and believes they will be eliminated in the first round and yet somehow they make it to the sweet 16 or even the final four. Tonight, we had not one, not two, but three upsets in the semi-finals and the championship that created a Cinderella story that even Walt Disney would be jealous of.

The first semi-final game was between 1st seed FC (also undefeated on the season) taking on 4th seed Asaro . Many experts predicted an easy victory for FC with the spread being 5 ½ points in their favor (seriously we had an expert calculate that). Asaro looked at that and laughed as they were determined to pull off the upset and dethrone the leaders, and boy did they come out firing. The first shot they took went sailing in and it went uphill for them the rest of the match. When the dust finally settled Asaro mounted their victory flag on top of the mountain by the score of 6-3. Michael Mellis scored 2 goals for them in the win as well.

The second semi-final game was between 2nd seed Polonez NY and 3rd seed Coaches FC in what turned out to be the game of the season! It started off with Coaches FC taking a late 2-0 with less than 20 minutes remaining in the game with goals by Isaias Gonzalez and Rey Roca. However, Polonez wanted to win just as badly as Robert Dec, and Jerzy Jankowicz scored a goal to tie the game back up at 2 a piece. With the score still tied at the end of regulation the game went into the first Golden Goal overtime of the season. Eight minutes into OT the score was still tied and it looked like it may go into penalty kicks. League leading scorer Nahun Gomez from Coaches got a hold of the ball at midfield and went on a breakaway and was able to place the ball into the bottom corner to score the game winning goal to send his team to the championship game!

Finally to cap off the night the Cinderella story of all Cinderella stories as the 3rd seed Coaches FC battled 4th seed Asaro in the most unlikely of championships no one saw coming (rumor has it someone bet $100 for this final and ended up winning $100,000). Both teams were determined to go home with the Globall Sports Center Trophy as all season long they were the underdogs. Both dogs were ready so let the fight begin! Asaro’s dog was just a better fighter than Coaches’ dog as they took 4 bites compared to the 2 bites Coaches’ dog was able to get in to make the final score 4-2 in favor of Asaro. The upset of all upsets! Vegas made bank tonight after the final result since barely anyone counted on Asaro to come out on top.

As Al Michaels once said “Do you believe in miracles?” Yes, Michael, after tonight’s games miracles do happen. The underdog will have his day and tonight was his night.

Tune in next week as Winter II kicks off. Will another Cinderella team come out of nowhere and claim the title again? Find out only at Globall Sports Center!

You got game? We want you to play!