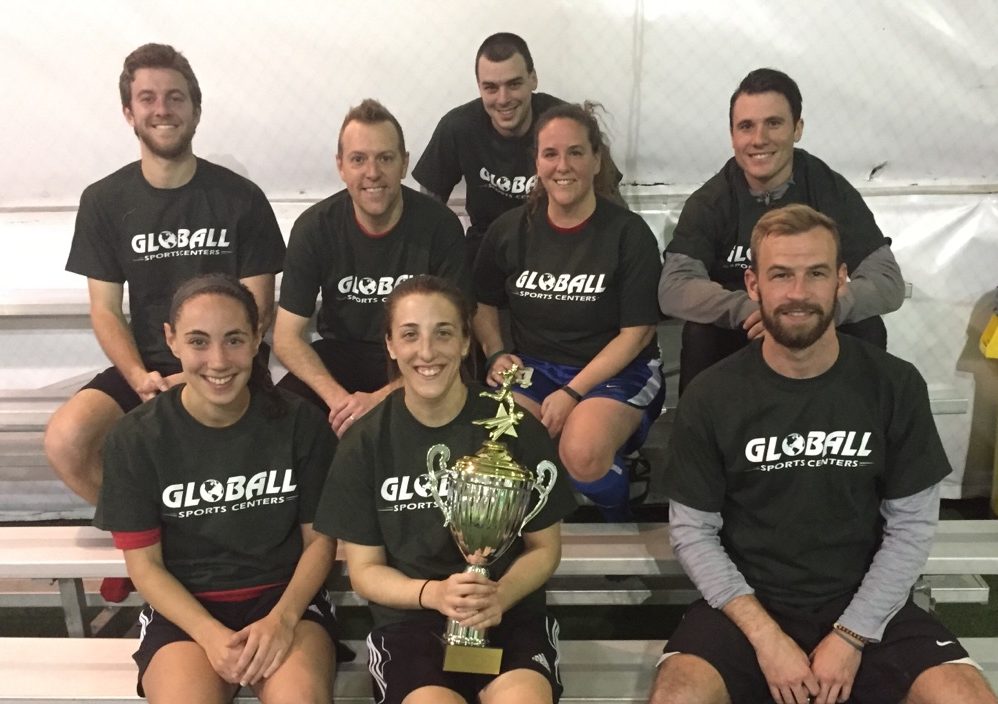 Forget about Fazier vs Foreman lets talk about David vs Goliath and how David beat Goliath with shear will power and a rock. Well tonight’s championship game was just like that with Goliath being the undefeated Bout to get Messi taking on David being Mixed Nuts in what you would have thought would have been a blowout in favor of Messi. Nope. It all started when Mixed Nuts scored the opening goal in a matter of minutes and never relinquished the lead after that point on. Goalkeeper Jason Albert of Mixed Nuts made save after save after save to keep his team ahead in the match and was the main reason his team came out on top tonight. In the end Mixed Nuts came out on top 5-2 as the underdog had his day! Who saw that coming? You never know what will happen at Globall Sports Center. You got game? We want you to play!